A blog on public faith

Yesterday I was guilty of the same critical attitude toward the poor that I complain about when I see it in other Christians.

I was volunteering as the bus helper on my son’s Head Start[1] bus. On the way to the school, I was mostly helping with children from families like ours—students who (temporarily) met the federal income requirements for free preschool education—in fact, in many cases I am classmates with the parents of my son’s classmates. Helping to drop the next set of children off, however, it was different. I didn’t know any of these kids at all, except to know that their families met the same income requirements ours did. Undoing buckle by buckle, I sent them off the bus into the hands of their families. We were about halfway through when it happened–a little boy was met at the bus by his father, and my disparaging first thought was, “What is that man doing home at 1:00 pm on a Monday? Shouldn’t he be working?”.

Almost immediately I repented of the thought, reminding myself that I had no idea of the family’s circumstances. Maybe that father works third shift. Maybe he’s home because his wife just had a new baby. Maybe he got laid off in the latest round of cutbacks at the local plant. Maybe he stays home and cares for the kids while his wife works. The truth is, I just don’t know, and I judged him anyway.

I’m an Orthodox Christian, which means I try to live my life in line with the teachings and ethos of the Eastern Orthodox Church. And the eloquent writers of the early Orthodox Church have harsh words for someone like me, who in pride saw myself as better than this person; they also have great guidance for how I ought to see him, how I ought to see anyone who is suffering from material deprivation. Generally speaking, rather than seeing the poor as lazy, as unworthy, or as belonging to any other negative category, the Church sees the poor through three lenses, calling us to see them this way: the poor as brothers and sisters, the poor as Blessed, and the poor as Christ. All three are important, but I want to focus on the last one most especially.

Based on Christ’s words in Matthew 25:31-46, the Orthodox Church emphasizes seeing the poor as Christ. The Early Church existed at a time when there was a general societal expectation that the monied upper class would care in some way for the poor, but Christians were different, because they saw the poor as “special representatives of Christ.”[2] In some ways, I hesitate even to use the word “representative,” though, because an Orthodox person’s understanding of what that means is very different–in our sacramental worldview, we believe that, in a great mystery, symbols are actually connected to that which they represent; in a sense they are what they symbolize through that connection. Thus, we kiss an icon of a Saint as we would embrace a dear friend, we bow humbly before the Cross as we would at Golgotha, and we exult on Easter as those who have truly entered into the Resurrection. So, for an Orthodox Christian, to say that the poor are “special representatives of Christ” is to say that, in a very real sense, they “bear the countenance of our Savior.”[3] In other words, we take literally (or should take literally) Jesus’ words when he says that whatever we did or did not do for “the least,” we did or did not do to Christ himself, because in a sense they are Christ.

What does all this have to do with my judgment of that father yesterday? For me, it means that this thought I had, this negative, critical thought, was really a thought I had about Christ. When I thought myself better than this man, I thought myself better than Jesus. When I believed that I knew where he should be or what he should be doing better than he did, it was Jesus that I wanted to boss around or control. When I did not look at him with love and compassion, first and foremost, it was Jesus that I condemned. I hope and pray that the next time I am gifted with such an encounter that I can do better, be better; may I look on everyone, but most especially the poor, and see Jesus in them.

[1] The Head Start program provides over a million children a year with early childhood education and other family-oriented services. Head Start constantly researches the impact of its programs, providing valuable information about everything from combatting abuse and neglect to helping children and families reach self-sufficiency. Its programs are proven to increase both economic and social well-being for the rest of children’s lives. To learn more about the Head Start program, visit: https://www.acf.hhs.gov/opre.

Kriss is a wife, mother, PhD student, and flawed follower of Christ.  Having found her spiritual home in the Orthodox Church almost 15 years ago, Kriss deeply desires to see the American Orthodox Church grow in reaching out to a hurting world with holistic healing.  In her spare time, Kriss is a doula and international birth educator, a slow but enthusiastic hiker, and an avid reader of light-weight sci-fi and fantasy novels. 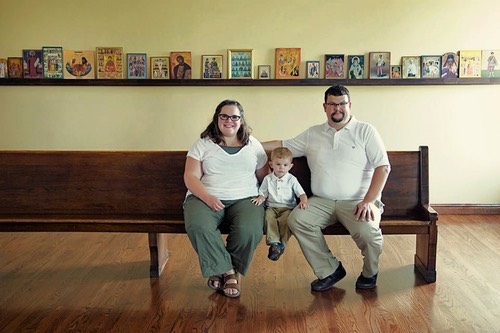